The Neglect of Ojukwu’s Safe Haven, Biafra’s Window in Amorka

Amorka, a town in Ihiala Local government Area, near Uli is very significant in the story of the 33 months civil war, but after visiting, David-Chyddy Eleke writes that the town which the leader of Biafra, Dim Chukwuemeka Odumegwu Ojukwu so much cherished, has fallen to neglect

During the 33 months of the civil war as a result of the quest for a new republic, one town stood out in the entire Igbo land for more than one reason. That town is Amorka, a border town of Anambra State, which shares boundary with Mgbidi people in Imo State.

Amorka was significant for more than just one reason. First is the Biafra Airport, which though located in Amorka was erroneously christened Uli Airstrip, and secondly the Ojukwu Bunker, which provided safety to the leader of Biafra nation, Dim Chukwuemeka Odumegwu Ojukwu.

A Window to the World

In his last novel; There Was A Country, Late Prof Chinua Achebe described the Biafra Airport in Amorka as Biafra’s window to the world, during the civil war. This was because there were no airports in the entire Igbo land. Since it was impossible for Biafrans to travel out of the country or into the country through airports in control of the Nigerians government, it was only wise for Biafrans to quickly establish an airstrip.

Again, the airstrip served as a means through which war equipment were brought into the country to aid Biafrans in the struggle, while the order by the leader of the federal forces, General Gowon to starve Biafrans of food made it impossible for anyone to consider using an airport in Nigeria to ship relief materials to the people of Biafra. In this way, the airstrip truly became Biafra’s window to the world. Also, the Ojukwu Bunker which served as a safe place for the leader of Biafra made Amorka a unique place during the war. According to those who knew, Ojukwu was always at Amorka, inside the underground bunker, even when people thought he had ran out of the country. The bunker has a small opening that serves as a door, which leads into the ground, but it was gathered that the small opening leads into what looks like a cave, but is actually a full residence.

A look at the place, one would not suspect anything because the entire ground has grasses and trees growing on it, but only the opening which leads inside can convince one that there was something underneath. Beside being hidden in the ground, it was gathered that the bunker is located right under a deity that protects the people of Amorka, and it was believed that the location provided Ojukwu the safety he needed.

THISDAY reporter who recently visited the bunker and the airstrip and spoke to indigenes of the community reports that for such a significant community, Amorka has fallen into neglect as indigenes complain that they have been totally abandoned by the government of Anambra State.

On April 11, 2018, Governor Willie Obiano announced during a meeting of members of his executive at the government house that he had initiated a plan to convert the famous Ojukwu Bunker to a tourist site. Mr. James Eze, the Chief Press Secretary to the Governor, who made this known in a post-Executive Council press briefing, said the facility, which provided a sanctuary to the late Dim Chukwuemeka Odumegwu Ojukwu during the Biafra war, would be resuscitated and refurbished for tourism purposes.

“The Obiano administration would in its first 100 days take pragmatic steps that would reposition the state’s tourism sector to enable the state mine the potential therein. These tourist centres will receive immediate attention with the construction of access roads to them as well as concrete footpaths that will lead into the bowls of the caves to make them easily accessible to tourists. Governor Obiano’s drive to develop the tourism sector into an alternative foreign exchange earner for the state is consummated by his appointment of a core professional with experience in the business, Mrs Sally Mbanefo, as Commissioner for Tourism. All these efforts are targeted at drawing attention to the state’s historical, religious and cultural endowments and make them accessible to the rest of the world,” Eze said.

During a visit to Amorka community recently, THISDAY found that despite the lavish promise by the governor to upgrade the Ojukwu Bunker to a renowned tourist site, nothing has happened, more than two years after the promise.

Indigenes of the community who spoke to THISDAY lamented that not only that the project was abandoned, the community now suffers abandonment as no government project has been initiated to upgrade the life of the people. They also lamented that while the airstrip exists, it was also left undeveloped, while resources are now being pumped into a fresh site for the Anambra International Cargo Airport in Umueri.

An indigene of the community, a chief and legal adviser to the council of the traditional ruler and to the town union, Barr Chinweuba Ndukaihe who spoke to THISDAY said, “There is nothing like revenue to the community or to the state at the famous Ojukwu Bunker. A lot of people want to visit, and we have reported this to the state government to come and make use of some of those places, so that it can be a source of revenue to the state, but up till now, nothing has happened.

“The state government has sent its delegation ones and also promised that in due time it will make the place a tourism hub, but such opportunities have eluded us. Our youths have been taking care of it, because the place where the bunker is situated is under our deity, which is called Enyinja. The god of the land protects us, and Ojukwu particularly choose that place because it can offer him protection.”

Speaking on why Ojukwu who hails from Nnewi came as far as Amorka to take up a residence during the war, Ndukaihe said, “Ojukwu had a personal friend in Amorka called Engr MSC Ezemba. In fact, he was the best man during Ojukwu’s wedding, so he was a very close friend to Ojukwu. Both of them schooled at Oxford University, London. This town was like Ojukwu’s second home, because Ojukwu always visits his friend here and during the war, he decided that he can be safe here.” 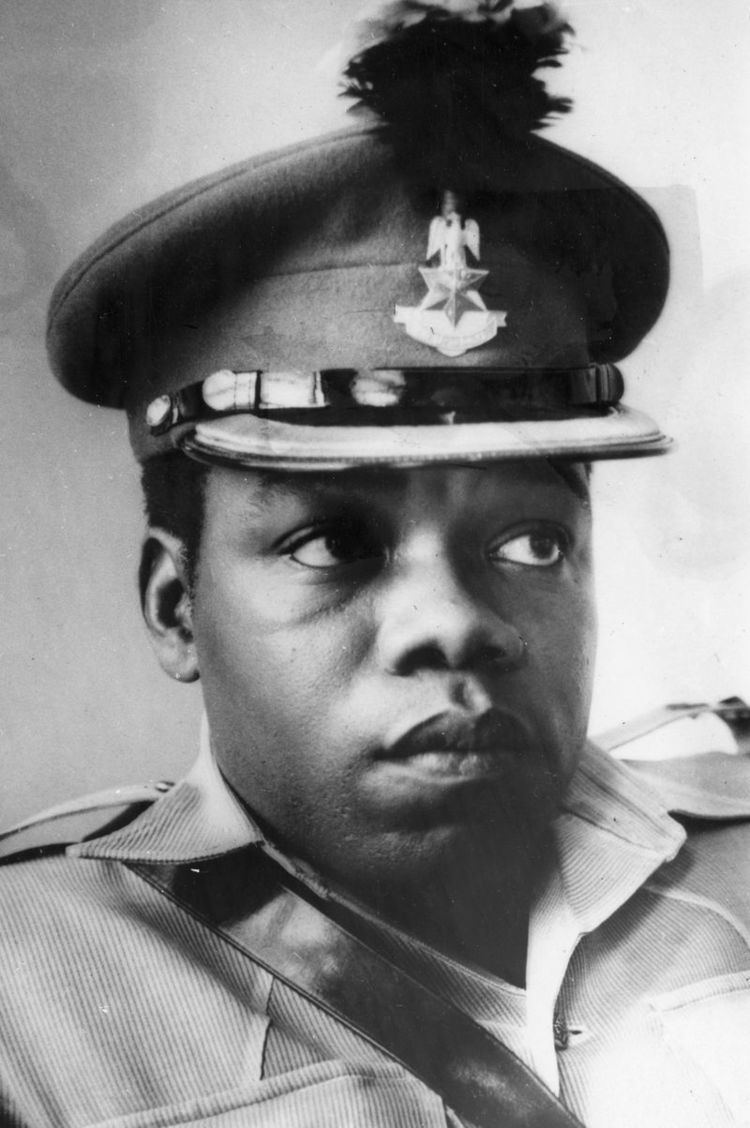 Another respondent, Pastor Stanley Ezemba, a nephew of MSC Ezemba, Ojukwu’s bossom friend took this reporter through the story of Ojukwu’s regular visit to his uncle, even before the war, and how the Biafra Airport helped Amorka to beat starvation, especially as the town is usually the first place where relief materials from abroad for Biafra people first lands, before being distributed to far-flung parts of Biafra.

He said, “Ojukwu visited Amorka very frequently then. Apart from his town, Nnewi, the next town Ojukwu adored was Amorka. He took chieftaincy title here and is always here then. He fully identified with us. Engr Mark Ezemba his friend was an illustrious son of Amorka. He was the first principal engineer of Oshodi United College, former chairman of National Electoral Commission (NECON) and represented Nigeria in first World Electricity Summit in Geneva and many other positions.

“Talking about Ojukwu and his relationship with Amorka, let me tell you, when he returned from exile, immediately he came to his town Nnewi, the next place he moved to was Amorka. This was the same day that he returned. He came straight to the bunker, from where he went on exile. He did it because he had a great memory of Amorka. And, on that day, when he heard he was back, the people came together and put the bunker in order and awaited him, and truly, he came on the same day of his return, and we received him there. That bunker is a historic site and it is bad that we are poor at keeping history. We were happy when we heard over the media that the governor, Chief Willie Obiano wants to make it a world tourist site, but it is a pity that since after then, we have not heard anything.”

Ezemba speaking on how Amorka benefited from the sitting of the Biafra Airport in Amorka said, “Yes, we were told that there was abundance of corn meal in Amorka those days because of the airport. It was the only place where relief materials always came to Biafra, so, unlike the rest of Biafra that was experiencing starvation, Amorka people had abundance of cornmeal, milk and other food items. We were also well protected here because the town which had the commander of the Biafra Army was always well guarded. My dad had his property close to the Ojukwu Bunker, so he had no fear at all, during the war,” he said.

Mr Sympathy Unadike, A son of Amorka, who also did a documentary of the community told THISDAY that during his primary school days in the mid 70s, he and his friemds always played with unexploded bombs, which were dropped near the bunker to target Ojukwu. “Our school was close to the bunker. Most of the bombs did not explode when the federal forces dropped them because the gods of our land, Enyinja was protecting Ojukwu in the bunker. Even when Ojukwu arrived Amorka, asking for where to build his bunker, the community intentionally gave him that site because that is where the gods of our land lived. It was a reserved area, so, Ojukwu was well protected during the war.” 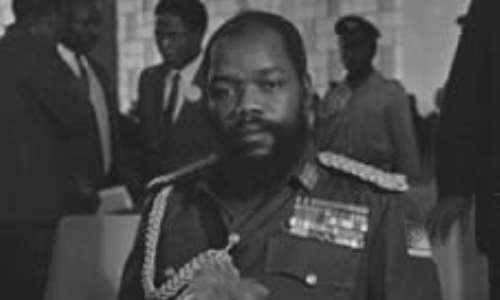 Moving round the community, this reporter however found that some of the historic sights were all in ruins as both the bunker and the airstrip remained abandoned. Roads in the community were also not motorable, just as some indigenes stated that it took the concerted efforts of members of the community to bring electricity in.

Chairman of Odimma Amorka and Amorka Security and Electricity Board, Evangelist Uzochukwu Nwanonyua, who spoke to THISDAY, said that most infrastructure in the community were brought in and sustained through self-help.

He said, “For many years, we have not experienced the presence of any government, the last time we saw project here was during the military rule. We have no roads here as you can see, we have no water, no sort of infrastructure. We can help ourselves with some projects, like the electricity which we just installed. We are calling government to work on roads here. We have been neglected for too long.”

He added that the community has been held by three decades of infighting and factionalisation, but with his emergence, peace has gradually returned, and the community is on the path of greatness again. “We as Amorka people are now proud of our community. We do a lot of self help community projects here, and with peace, despite government neglect, we can achieve more for ourselves.

“We are a hub of tourism in Nigeria, and I am sure you are familiar with the Ojukwu Bunker, Biafra Airport. Other tourist places you are not even aware of include; Mili Amorka, a back stream here that flows right into the Atlantic ocean, and a palm tree which has three branches. That palm tree has been standing since I was a child, and has remained major tourist attraction to people from outside. Amorka is indeed great,” Alozieuwa concluded.