The death toll from a coronavirus outbreak in China passed 490 on Wednesday, as two U.S. airlines suspended flights to Hong Kong following the first fatality there and 10 cases were confirmed on a quarantined Japanese cruise ship.

China’s National Health Commission said another 65 deaths had been recorded on Tuesday, bringing the toll on the mainland to 490, mostly in and around the locked-down central city of Wuhan where the virus emerged late last year.

There have been two deaths outside mainland China. A 39-year-old man in Hong Kong with an underlying illness who had visited Wuhan city, the epicenter of the virus, died on Tuesday. A man died in the Philippines last week after visiting Wuhan, the first virus-related overseas fatality.

Across mainland China, there were 3,887 new confirmed infections, bringing the total accumulated number to 24,324.

Ten people on a cruise liner under quarantine at the Japanese port of Yokohama tested positive for coronavirus, Japan’s health minister said, a figure that could rise as medical screening of thousands of patients and crew continued.

The 10 confirmed cases were among 31 results from 273 people tested so far. There are around 3,700 passengers and crew aboard the Carnival Corp (CCL.N) ship.

Another 176 cases have been reported in 24 other countries and regions, according to the World Health Organisation.

As the economic impacts of the virus spread, White House economic adviser Larry Kudlow said the epidemic would delay a surge in U.S. exports to China expected from the Phase 1 trade deal set to take effect later this month, the first time a Trump administration official has said the outbreak would hamper the deal.

“It is true the trade deal, the Phase 1 trade deal, the export boom from that trade deal will take longer because of the Chinese virus,” Kudlow said, adding he did not believe the virus would have a catastrophic effect on business supply chains.

Global markets stabilized on Tuesday after days of selling triggered by fears about China’s econmic growth, with many factories closed, cities cut off and travel in and out of China severely restricted.

The financial and health impacts of the epidemic were increasingly being felt in Hong Kong, with American Airlines Group (AAL.O) and United Airlines (UAL.O) suspending flights to and from the Asian financial hub after this week. 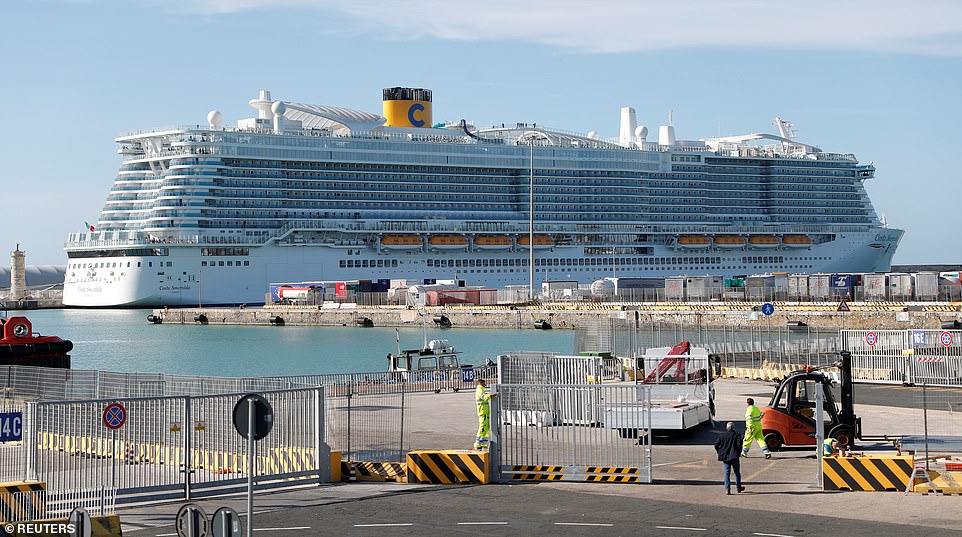 Hong Kong’s Cathay Pacific Airways Ltd (0293.HK), which relies heavily on passengers who change flights in the financial center, said it plans to cut around 30% of its global capacity over the next two months, including around 90% of its flights to mainland China as it grapples with the coronavirus.

Thousands of medical workers in Hong Kong, a semi-autonomous region of China, held a second day of strikes on Tuesday to press for complete closure of borders with the mainland after three checkpoints were left open.

“We’re not threatening the government, we just want to prevent the outbreak,” said Cheng, 26, a nurse on strike.

Hong Kong has confirmed about 17 cases. It was badly hit by Severe Acute Respiratory Syndrome (SARS), a coronavirus that emerged from China in 2002, killed almost 800 people worldwide and cost the global economy an estimated $33 billion.

Neighbouring Macau, also a special administrative region of China lying across the Pearl River estuary from Hong Kong, ordered its casinos to suspend operations on Tuesday, effectively closing off the lifeblood of its economy in a drastic measure to contain the epidemic.

Asian stocks steadied on Wednesday on hopes of additional Chinese stimulus to lessen the economic impact of the coronavirus outbreak. MSCI's broadest index of Asia-Pacific shares outside Japan .MIAPJ0000PUS was up 0.3%. Australian shares were up 0.58%, while Japan's Nikkei stock index .N225 rose 1.19%.

Beijing has criticized U.S. travel restrictions, barring foreign nationals who have visited China, as an overreaction and has called on Washington to do more to help China.

U.S. Health and Human Services Secretary Alex said he hoped China would accept an offer from the United States and the WHO to send epidemiological experts to China.

“We have been requesting this since January 6. The World Health Organization sent names over today. We’re hoping the Chinese will act quickly on that,” Azar told Fox Business Network in an interview.

“This is a novel strain. That’s why we’ve got to get on the ground with the world’s best experts and run the studies to get to the bottom of what is the incubation period. We’ve got to confirm what is the risk of asymptomatic transmission,” he said.

The WHO has declared the flu-like virus a global emergency and experts say much is still unknown, including its mortality rate and transmission routes. Chinese data suggests the new virus, while much more contagious, is significantly less lethal although such numbers can evolve rapidly.

The latest announcement adds to plans revealed earlier this week to convert three other venues in the city into hospitals. Once all 11 buildings are converted, a process that is expected to be completed later on Wednesday, they will be able to accommodate 10,000 patients.

A specially constructed hospital in Wuhan, designed with 1,000 beds, opened to patients on Monday, while the building of a second hospital, with 1,600 beds, is also scheduled to be completed on Wednesday