He suffers from a rare genetic disorder called Harlequin ichthyosis that causes the skin to grow faster than normal.

When Nar Kumari delivered her son, she believed that her baby boy was perfectly healthy like most other children. However merely 15 days after she took her son Ramesh Darji home, she noticed that her son’s skin began to peel and was turning into thick, black scales. In fact, Ramesh’s skin condition, known as Harlequin ichthyosis, has now gotten so bad that it has caused the 11-year-old boy to be unable to walk and talk – just like a stone statue. 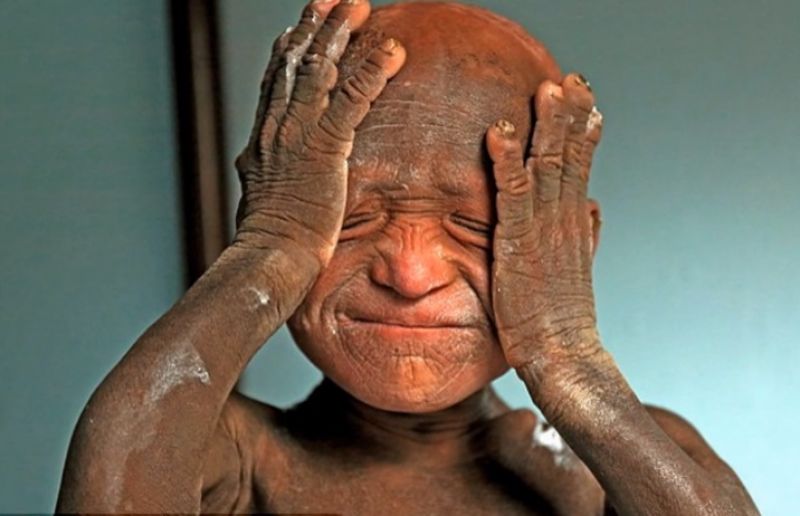 “His skin started peeling off 15 days after he was born and then the new skin began to grow very thick,” Nanda, Kumari’s husband, told MailOnline. “It hardened and turned black; we had no idea what to do about it. No one helped us.” Instead doctors in Baglung, the remote Nepalese region where the family resides, simply said that this was a ‘fungal infection’ and that they could offer no help. The child suffers from Harlequin Ichthyosis, which is an extremely rare and severe genetic disorder, that causes the skin to grow seven times faster than normal. Kumari shares that by his fifth birthday, Ramesh had begun to complain about experiencing pain and couldn’t even walk. His grave illness has confined him within the walls of their home, which is why he has never been to school. As Ramesh’s father is a poor labourer, the family had a tough time trying to meet the child’s medical expenses.

Fortunately, a video about the little boy that was circulated on social media, led a charitable trust help them pay for Ramesh’s hospital bills. He is currently receiving treatment at the Kathmandu Medical College where doctors at first removed the scales from his body. Dr Sabina Bhattrai, assistant dermatology professor, says, “He was in a really bad state when he was admitted. We had to remove the scales from his body and it was painful.” After that Ramesh was given antibiotics for a period of two weeks to prevent infections. Medicines and moisturiser were also applied on his body to remove the dead skin. 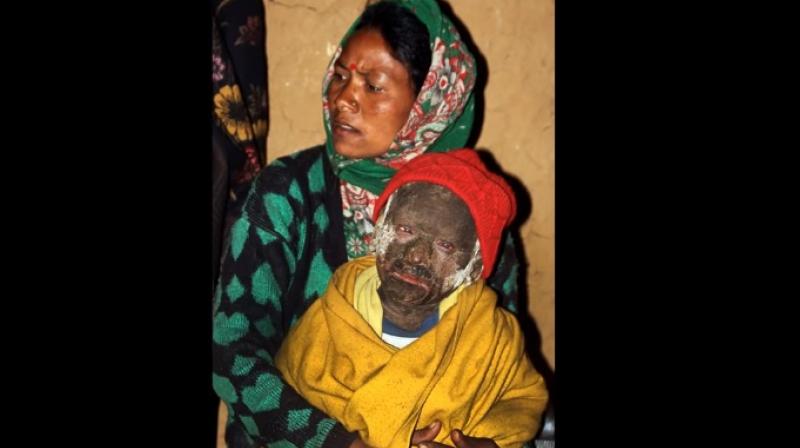 Doctors are hopeful that physiotherapy sessions will enable Ramesh to walk again as his bones and muscles are not weak by birth. Nanda admits that he still feels guilty about not being able to do something sooner. “I feel really sad and helpless to have failed him. Since the layers of skin have been removed he’s even able to speak better. As parents we failed him. My only wish is to see him walk again now,” he says.