A 54-year-old man, Gbenga Adebayo, has been remanded in prison custody by a Magistrate’s court in Ado Ekiti, for allegedly abducting and defiling an 11-year-old girl.

It was gathered that Adebayo lured the girl to his aged mother’s place in Ushi Ekiti, about 60km from Ado Ekiti, where he was allegedly visiting her regularly and sleeping with her. 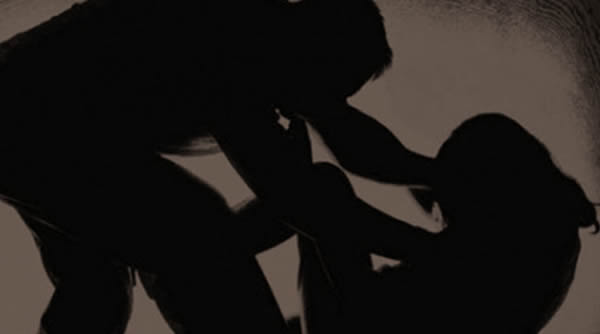 Adebayo deceived neighbours by joining the search team for the girl.

Bubble, however, burst when the girl refused to cooperate with him again and demanded to see her family.

Adebayo then took her to one of her aunts in Akure, whom she lied to that he found the girl wandering about.

Suspecting a foul play, the aunt reported the matter to the police. The victim during interrogation confessed that the suspect had slept with her not less than 10 times where he had hid her.

The victim while narrating her ordeal said, “He is my neighbour. He used to ask me to buy things for him. One day he approached me, saying he wanted to help me because my teacher was harsh on me. He said he would rescue me from my teacher and take good care of me. He then took me to his mother’s place in Usi-Ekiti. Whenever he comes there, he used to sleep with me. He has done this for 10 times now.

The girl’s aunt in Ado Ekiti, Mrs. Theresa Agboola, said the girl was staying with one of her female school teachers near Ekiti State Teaching Hospital, Ado Ekiti.

Agboola said, “About a month ago, June 5 precisely, the girl’s teacher had called to inform me that she was missing and that the whole occupants in the house, including the suspect, Gbenga Adebayo, were searching for her.

“That continued till June 29, when my sister from Akure called to tell me that the girl was brought to her by a man whom she identified as the same Gbenga Adebayo. It was then we suspected a foul play.

” We felt that if indeed Adebayo was sincere, he cannot be the same man who was part of the search team for the girl for three weeks here in Ado-Ekiti and also be the one who would now take her to my sister’s place in Akure after finding her. We then reported the case to the police who promptly arrested Adebayo and charged him to court.

“Last Friday, the magistrate court in Ado-Ekiti remanded him in prison. We also gathered that he has been sleeping with the girl before eventually taking her to his mother.”

When contacted, the Ekiti State Police Public Relations Offcer, Alberto Adeyemi, confirmed that the suspect had already been charged to court.