In May, an information technology expert, Wale Ibironke, woke up with the mind to send some money to his sister. But before he would do that he planned to visit any of the customer care centres of one of Nigeria’s leading telecommunication companies, Etisalat.

Ibironke wanted to lodge a complaint about his phone line. 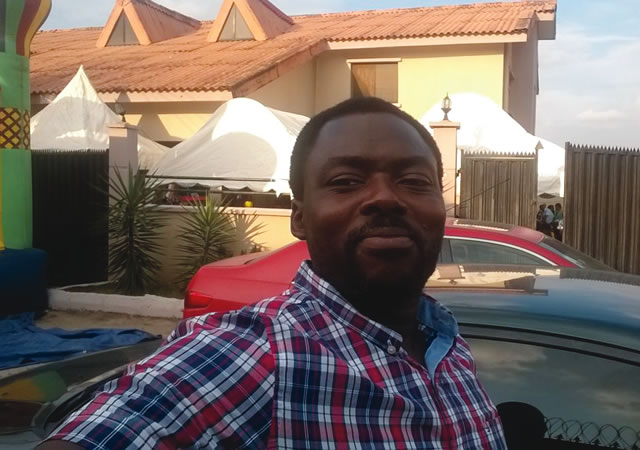 What happened after his visit to an Etisalat centre at Ikeja City Mall, in Lagos, was a messy SIM swap fraud that led to Ibironke’s bank account being cleaned out.

Ibironke, who considers himself as a shrewd IT expert thought he understood the risks of online banking. But to his chagrin, by the end of that day, he would become one of the latest victims of a growing menace in the country – SIM swap fraud.

He said, “My official phone line stopped working on May 12 this year at about 3.30 pm. Initially, I had thought it was a network issue and that the signal on my phone would come up again. Unfortunately, that didn’t happen. When I realised that a couple of my colleagues had network service on their lines on Friday (the following day) I decided to visit the Etisalat Experience Centre at Ikeja City Mall (Shoprite) on May 14. The Etisalat worker who checked my phone line to find out what was wrong with it told me that my phone’s SIM card was damaged. He told me that since it was damaged, the card would have to be replaced.”

But Ibironke could not authorise the replacement of the SIM card because it was a corporate post-paid line. He was told by the Etisalat representative to get authorisation from his organisation’s account officer. Ibironke then realised that he would have to wait till he got to his office on Monday for the authorisation to be done. Before Monday however, great damage had been done.

“On May 14, I got an alert that N200,000 had been withdrawn from my Diamond Bank account. I got the alert because I receive bank alerts on my second phone number and not the one I took to Etisalat for repairs. I was helpless. Around 12am the next day, my phone beeped again with another bank alert that another transfer of N100,000 from my account had gone to a UBA (United Bank for Africa) account.  By 9.30 am, I got another alert indicating that N100,000 had left my account for a UBA account. It was obvious that my Etisalat line which I took for repairs had been swapped,” Ibironke told SUNDAY PUNCH.

But how did he know his phone line had been swapped? “Etisalat officials admitted that my line was swapped (by their staff at the centre?) without being authorised to do so. They said it was not their fault; that the unauthorised swap was carried out by one of their third-party suppliers (contractors that they outsourced some of their services to),” Ibironke stated.

Within 24 hours his GTBank account had also been depleted with a paltry N500 left. According to the officials of GTBank whom he contacted later, the withdrawals were made through a *737* short code service from Ibironke’s Etisalat line.

“I immediately sent an email to my account officer and the human resources officer of my organisation to inform them,” he said.

The matter had since been reported to the Special Fraud Unit, the Nigerian Communications Commission and the Economic and Financial Crimes Commission.

“Ten days after my complaint to Etisalat about my stolen money, they requested that my complaint should be made formally through my company. On June 6, in a sinister move they (Etisalat representatives) requested for a meeting with me and some of my colleagues by sending the mail to a different email address from the ones we had been using earlier, thus delaying my company’s response to them.

Speaking further with SUNDAY PUNCH, he said, “It was at that meeting that they informed my colleagues and I that an unauthorised SIM swap was done by a third party agent of theirs but they wouldn’t be responsible for whatever happened to my bank account. So we requested that they respond to us officially which they haven’t done as I speak to you today (July 14). We have sent several emails to them requesting for an official response but Etisalat has refused to respond to us.”

Shortly after, another meeting was called by Etisalat. This time, one of the telecommunication company’s directors, Eric Uwaoma, was at the meeting. Ibironke’s request that Etisalat identified the person who swapped his line was ignored. At that meeting, Uwaoma reportedly offered to compensate Ibironke with N400,000 worth of airtime.

“I declined and he promised to get back to me which he hasn’t done as I speak. On June 27, after we had sent another email to Etisalat complaining of their apathy towards the SIM swap fraud. They requested, again, for another meeting which was attended by Ojomu and Akinwunmi, where they basically also offered airtime as compensation. Again, I declined. They left with a promise to revert to us. They haven’t done that to date,” he said.

Meanwhile, the Public Relations Manager of Etisalat Nigeria, Chineze Amanfo, absolved the company of any wrongdoing. Amanfo told SUNDAY PUNCH that the telecommunication firm did not provide the financial service that led to Ibironke’s bank account being compromised.

“We have conducted an internal investigation into the issues raised by Wale Ibironke concerning his telephone number, and we confirm that a SIM swap was performed on the line after the requester provided our customer agent with the prescribed SIM replacement information.

“The service carried out using the short code *737* is a financial service provided by the customer’s bank and Etisalat is not responsible for the security of the service and the transactions carried out using the short code. Etisalat only provides its network for the service to operate. We are of the view that Mr Ibironke should take up this issue with his bank for an investigation on how his account was compromised,” Amanfo said.

In the United Kingdom and South Africa, SIM swap fraud has become a cause for concern as hackers infiltrate subscribers’ SIM cards, to steal large sum of money from their bank accounts. In 2015 alone, the UK lost a total of £755 million to fraud involving “payment cards, remote banking and cheques”, according to Financial Fraud Action UK’s latest report.

Though Nigeria does not have statistics on frauds perpetrated through the platforms highlighted by FFA-UK, daily anecdotes and social media conversations reveal that many Nigerians have been caught in the web of SIM swap fraud.

This year, one Adetoke Oluwo posted on social media that she was duped of N400,000 following an unauthorised SIM swap.

She said, “I feel it is necessary I share my story so as to shed light on the way fraudsters dupe unsuspecting Nigerians and also to expose the shady Airtel employee who aided them. My purse with other documents and identity cards were stolen last year April and as usual, I got an affidavit for it. This year January, I got a call from Airtel in Ibadan concerning a SIM swap I wanted to do in Ibadan (I work and live in Lagos). I immediately informed them that it was a fraud when they told me someone presented to them one of the ID cards that was stolen.

“I immediately went to Airtel office at Ikeja City Mall to report and told them to flag and fortify the security on my SIM card as my Airtel line is connected to all my bank accounts. The Airtel employee said they would do something about it,” Oluwo said in her post.

That assurance only lasted a few days when her mobile phone beeped to alert her of bank withdrawals of N400,000 from her account.

Like Ibironke, Oluwo’s request that the telecoms firm should identify its worker who swapped her SIM card fell on deaf ears.

One month after, Oluwo had cause to smile – but not due to Airtel’s sympathy or its professional responsibility.

“Airtel officials till now did absolutely nothing about my stolen money even though they admitted the scam of N400,000. They neither replied a letter from my lawyer nor reached out to me after my meeting with them last month (February).

“I am presently in London for a course and would want to focus on it till I am back home to do the needful regarding Airtel. The good news is that GTB has refunded the N400,000 even though the fault was Airtel’s,” she said.

Would Ibironke also have a cause to smile soon? Nobody knows. However, the ICT expert has said that he is determined to get his money back.

“I recalled that the guy who attended to me asked if I was sure of the last time the line worked and made a face. I asked if anything was wrong and he shook his head, advising me to send an email to my account officer. A thousand and one questions raced through my mind; what if they had used the line to commit other serious crimes like kidnapping? Wouldn’t the police arrest me as a suspect or an accomplice?” he said.